BRIEF HISTORICAL SUMMARY: In the year 1955 a biological experiment took place in the CSSR of that time, namely, the
crossing of a German Shepherd Dog with a Carpathian wolf. The experiment established that the progeny of the mating of
male dog to female wolf as well as that of male wolf to female dog, could be reared. The vast majority of the products of
these matings possessed the genetic requirements for continuation of breeding. In the year 1965, after the ending of the
experiment, a plan for the breeding of this new breed was worked out. This was to combine the usable qualities of the
wolf with the favourable qualities of the dog. In the year 1982, the Ceskoslovenský Vlciak, through the general committee of
the breeders’ associations of the CSSR of that time, was recognized as a national breed.

HEAD: Symmetrical, well muscled. Seen from the side and from above, it forms a blunt wedge. Sex should be unmistakable.

CRANIAL REGION: Skull : Seen from the side and from the front, the forehead is slightly arched. No marked frontal furrow.
Occipital bone clearly visible. Stop : Moderate.

EARS: Pricked, thin, triangular, short (i.e. not longer than 1/6th of the height at withers); the lateral point of the set on of the
ears and the outer corner of the eyes are in a direct line. A vertical line from tip of ear would run close along the head.

NECK: Dry, well muscled. In repose forms an angle of up to 40 degrees to the horizontal. The neck must be sufficiently long
for the nose to touch the ground effortlessly.

Withers: Well muscled, pronounced. Though pronounced, they must not interrupt the flow of the topline.

Chest :
Symmetrical, well muscled, roomy, pear-shaped and narrowing towards the sternum. The depth of chest does not reach to the
elbows. The point of the sternum does not extend beyond the shoulder joints.

TAIL: Set on high, hanging straight down. When dog is excited, generally raised in sickle shape.

FOREQUARTERS : General appearance: The front legs are straight, strong, clean and close together with slightly turned out
feet.

Shoulder : The shoulder blade is placed rather far forward, well muscled. It forms an angle of nearly 65 degrees to the
horizontal.

Upper arm : Strongly muscled, forms an angle of 120 to 130 degrees to the shoulder blade.

Elbow : Close fitting, turned neither in nor out, well defined, flexible.

Upper arm and forearm form an angle of approximately 150 degrees.

Forearm : Long, clean and straight. The length of the forearm and pastern is 55% of height at withers.

HINDQUARTERS : General appearance: Powerful. The hind legs stand parallel. An imaginary vertical line drawn from the point
of the ischium, would run midway through the hock joint. The dewclaws are undesirable and must be eliminated.

Upper thigh : Long, well muscled. Forms an angle of 80 degrees to the pelvis. The hip joint is sturdy and flexible.

Lower thigh : Long, clean, well muscled. Forms an angle of about 130 degrees with the hock.

GAIT / MOVEMENT: Harmonious, light-footed, ground covering trot in which the limbs skim over the ground as closely as
possible. Head and neck incline to the horizontal. Pacing when walking.

HAIR: Straight and close. Winter and summer coat differ greatly. In winter an immense undercoat is predominant and,
together with the topcoat, forms a thick coat all over the body. It is necessary for the hair to cover the belly, the inside of the
upper thigh, the scrotum, the inner part of the ear and the area between the toes. Well coated neck.

COLOUR: Yellowish-gray to silver-gray with a charateristic light mask. Light hair also on the underside of the neck and the
forechest. Dark gray colour with light mask is permissible.

FAULTS: Any departure from the foregoing points should be considered a fault and the seriousness with which the fault
should be regarded should be in exact proportion to its degree and its effect upon the health and welfare of the dog.
• Heavy or light head.
• Flat forehead.
• The absence of two PM1 (premolar 1) or of both M3 (molar 3) is not to be penalized. However, the absence of one M3
in addition to 2 PM1 or the absence of one PM1 in addition to both M3 is to be considered as a fault.
• Dark brown, black or different coloured eyes.
• Coarse ear. High or low set-on of ear.
• Neck carried high in repose; low position of neck when standing.
• Unpronounced withers.
• Untypical topline.
• Long croup.
• Tail long, set on low and not carried correctly.
• Too little or too much angulation in forequarters.
• Weak pastern.

• Too little or too much angulation in hindquarters. Insufficient muscle.
• Barely pronounced mask.
• Short, wavy movement.

DISQUALIFYING FAULTS:
• Aggresive or overly shy.
• Any dog clearly showing physical or behavioural abnormalities shall be disqualified.
• Discrepancy in proportions.
• Faults in deportment and temperament.
• Untypical head.
• Missing teeth (except 2 PM1 and the M 3, see § faults), irregular bite.
• Untypical shape and position of eyes.
• Untypical set-on and shape of ears.
• Dewlap.
• Strong slope in croup.
• Untypical ribcage.
• Tail untypical in set on and carriage.
• Faulty and untypical position of front legs.
• Stand-off and untypical coat.
• Colours other than those in the standard.
• Slack ligaments.
• Untypical movement. 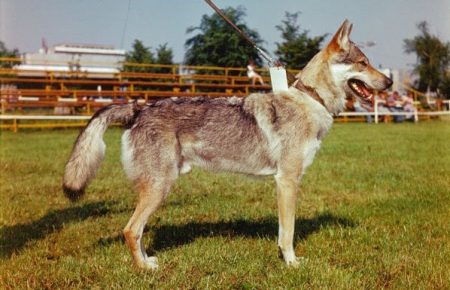 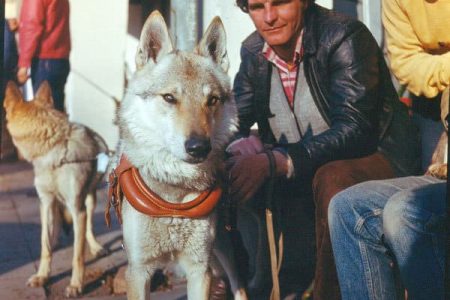 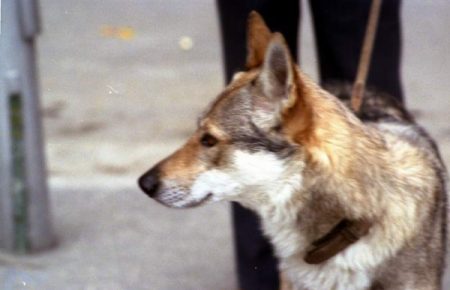 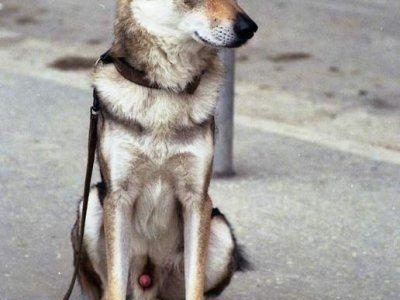 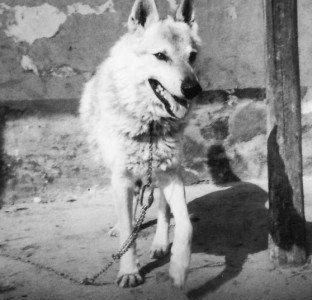 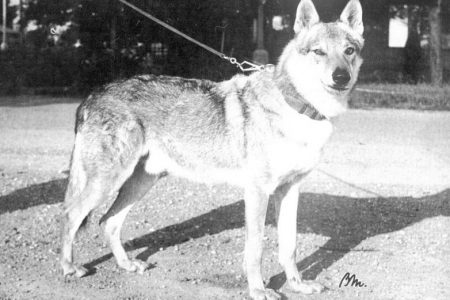 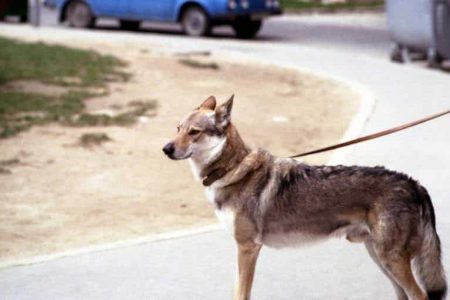 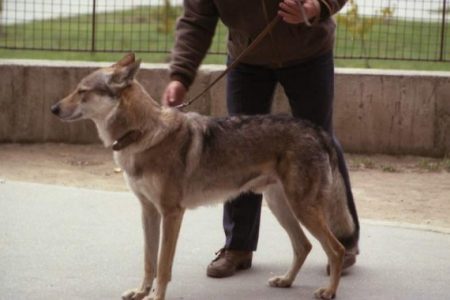